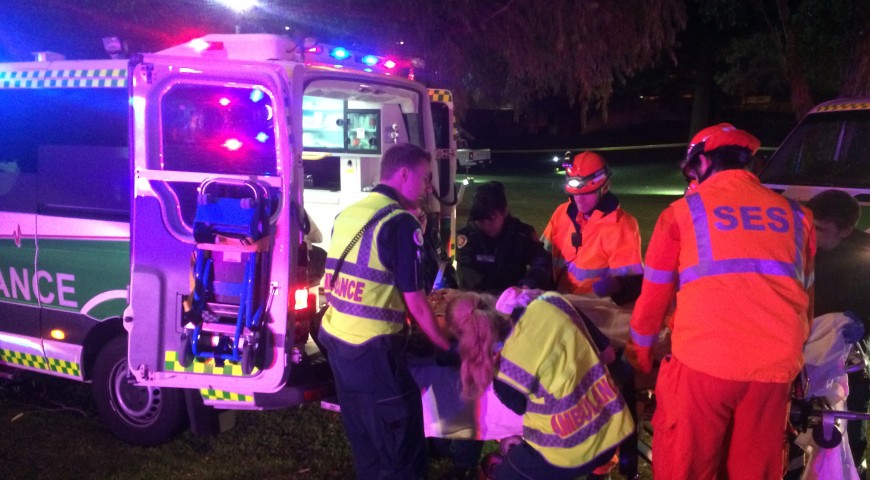 Whilst fighting a bushfire a flashover has occurred and has injured multiple emergency services personnel. The personnel have sustained burns, as well as minor trauma, cuts and abrasions. A small number of personnel were thrown by the explosive force of the flashover, and have sustained major trauma and/or spinal injuries. 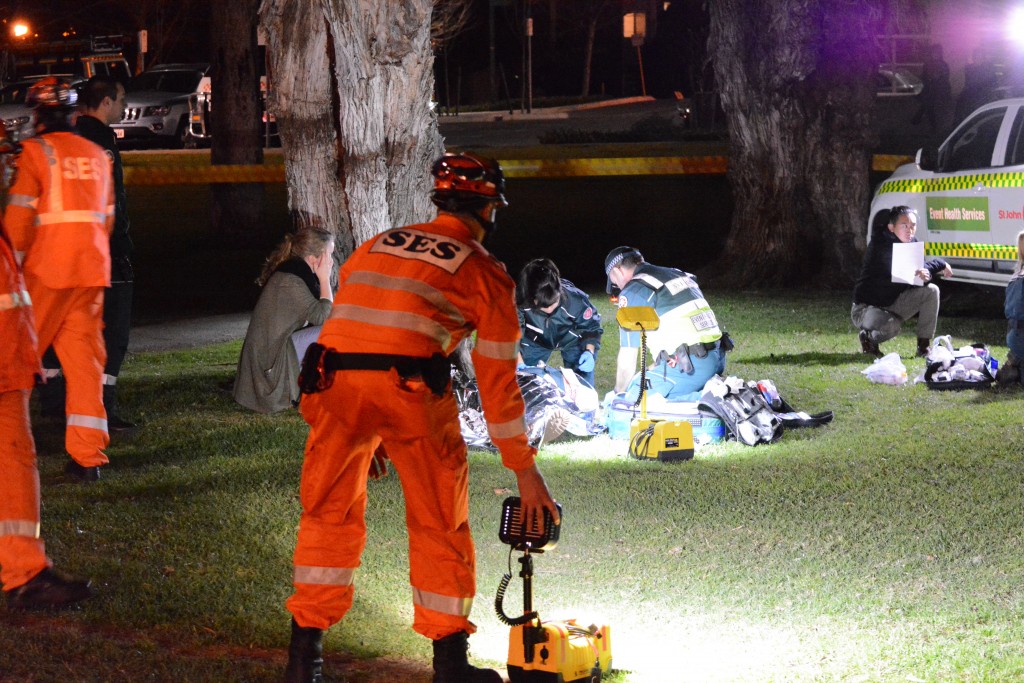 This was the scene facing St John Ambulance(SJA)  and Northshore SES volunteers as part of a multi-agency exercise that took place in Claremont last night. SJA personnel were required to provide first aid for the injured persons, two of whom had significant enough injuries to warranted immediate evacuation to hospital. However the closest hospital was determined to be a four-hour drive, and as such the Emergency Rescue Helicopter Service (ERHS) would be required. The remaining patients would be stabilised and either transported to hospital by road by SJA, or discharged. 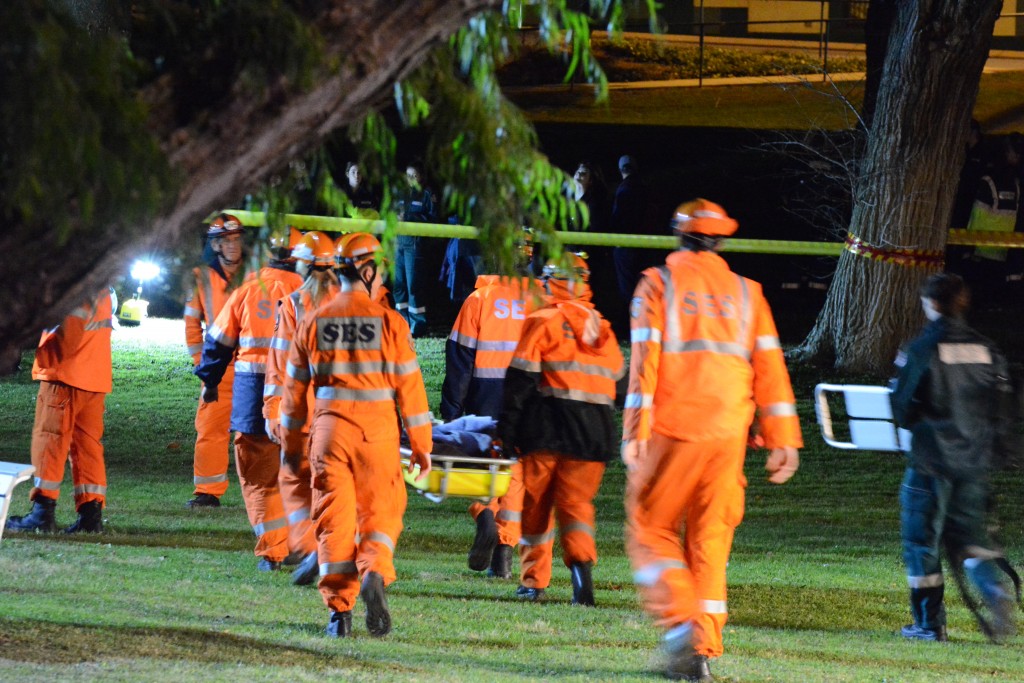 Training Manager Northshore SES Matt Boots said “The event was planned by SJA, with FRS crews being brought in to arrange for the attendance of the ERHS, to identify a suitable landing site, and to maintain communication with the helicopter on approach. SES crews were on standby to assist the FRS in maintaining a secure perimeter around both the exercise and the landing site, as well as being on hand to assist SJA with any casualty handling requirements. As it happens the helicopter got called out to a real-life situation in Northam before the exercise began, and as such was unable to take part, however everything went ahead anyway and it was a very successful exercise.”

Local Manager Northshore SES Nick Elliott said ” The exercise was a great success, in that it brought together a number of agencies with the specific aim of improving intra-agency ties. Similarly it allowed our members to further understand and experience a triage setup, and to benefit from watching the SJA crew manage / treat the critical trauma and burns patients from this mass-casualty incident.”

Once the exercise has finished, all teams took part in an on-site debrief before enjoying each others company over a BBQ put on by SJA.