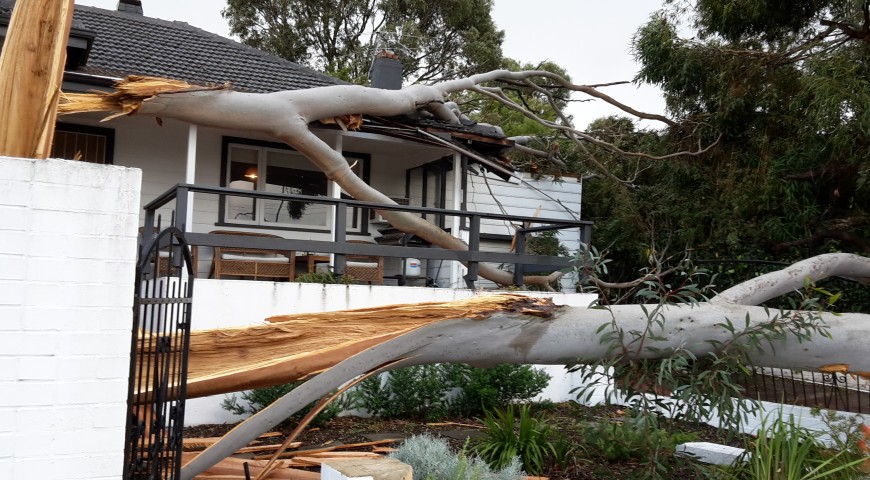 It struck just before dawn, lashing the Perth Metropolitan Area and the South-West, with wild winds and rain that left a trail of destruction in its wake. A powerful cold front, packing 100km/h winds, pounded WA on Saturday, just as the weather bureau predicted.

Heavy rain caused flooding throughout Perth, bringing roads and freeways to a crawl, while the winds uprooted trees, ripped off branches and downed power lines. 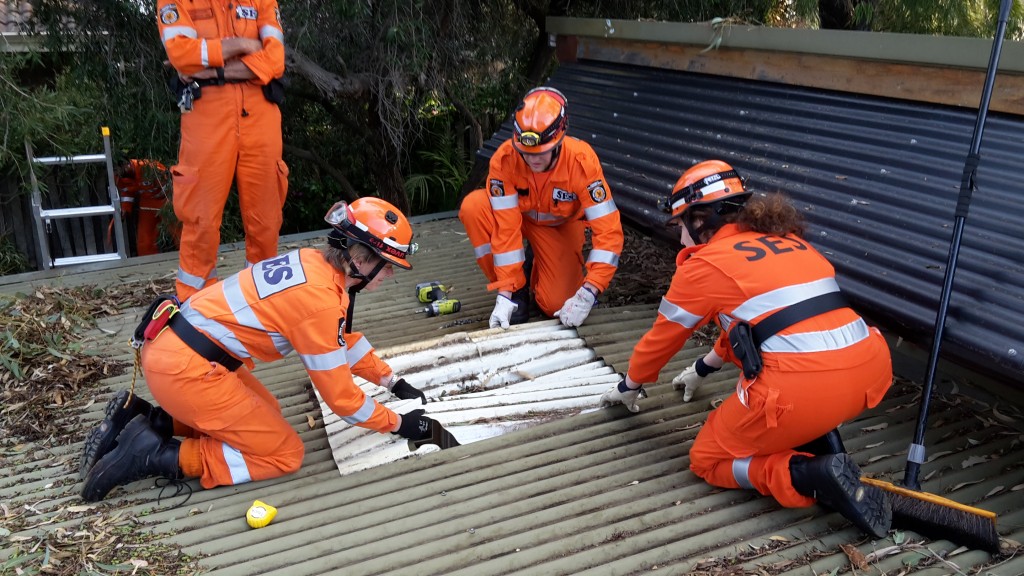 Riverside Drive on the CBD foreshore resembled a river, while huge swells swamped Perth beaches and wind ripped the roofs off properties at West Perth, North Fremantle and Jurien Bay.

The strongest gust was recorded at 111km/h at Gooseberry Hill at 10.54am.  Witchcliffe copped the highest rainfall with 56.6mm to 9am on Saturday.

Local Manager Northshore SES Nick Elliott said “This is exactly what our members train for, week in and week out. 29 of our volunteers made themselves available over a 16 hour period during Saturday and Sunday, having received 43 requests for assistance.”

Nick added “Our biggest job this weekend was a fallen tree in Mosman Park, where the trunk of a large gum tree split into two, with one section falling across the front garden, wall and 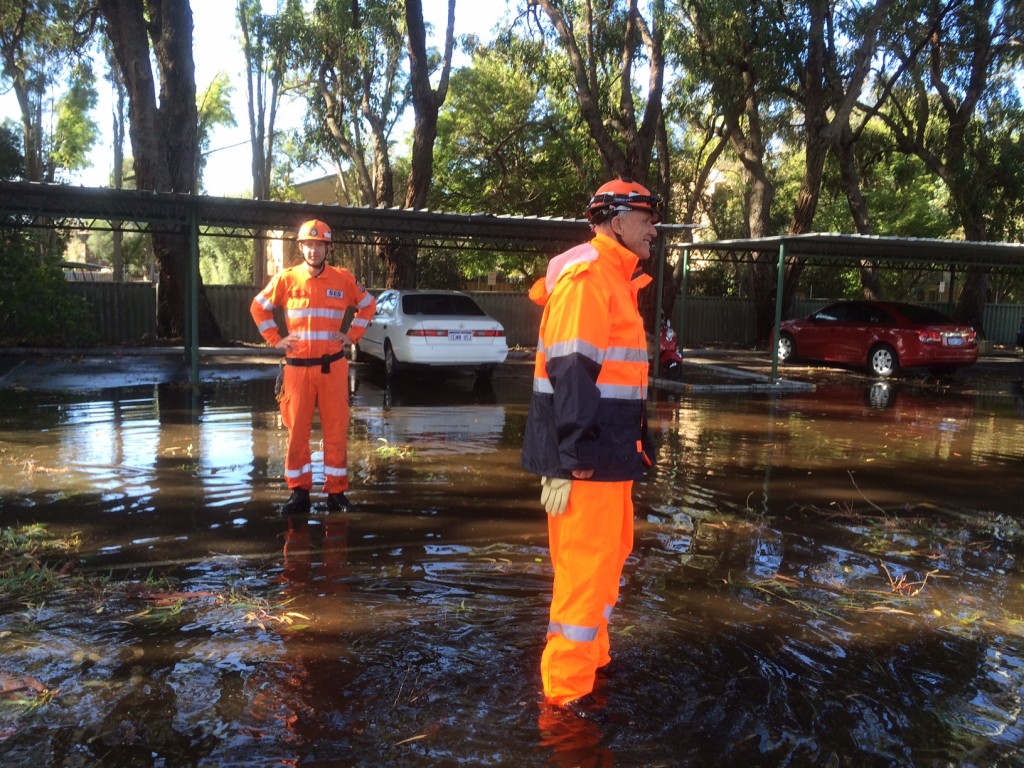 footpath, with the other section falling across the front corner of the house and garage. A crew of 7 worked tirelessly for over 6 hours to make the area safe and remove as much of the tree as they possibly could.”

More storms are predicted to hit Perth on Monday night / Tuesday morning. “Our volunteers are ready, refreshed and revitalised, and our chainsaws are refuelled and resharpened, but fingers crossed it will be a much quieter night” said Nick.  Only time will tell….