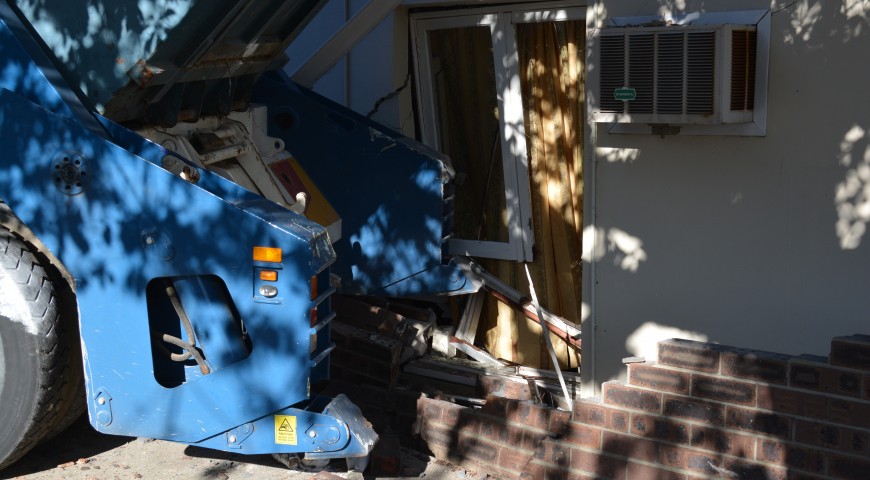 Response crews from Northshore SES sprang into action this afternoon after a fully laden skip truck rolled backwards, smashing through the side of a house on Venn Street.

Emergency services were called to the scene at about 1.15pm this afternoon, with Paramedics treating the driver of the truck for minor injuries.

There was nobody in the house at the time of the smash.

It is understood the truck had been collecting rubbish from a neighbouring work site when it rolled backwards and ploughed into the home.

The Northshore SES crew worked with Structural Engineers, Builders and a Towing Company to safely remove the truck to allow the Police to carry out initial investigations in an attempt to establish the cause of the crash.