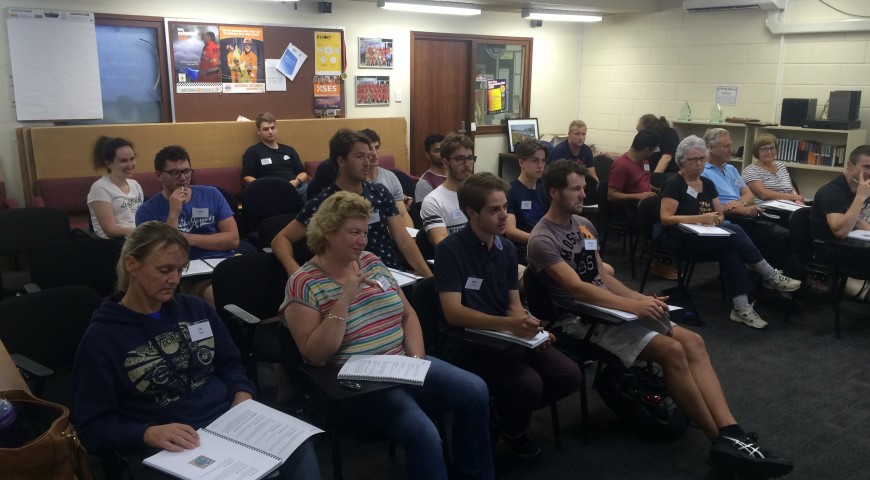 Northshore SES is once again bursting at the seams with the completion of the 2016 Intake buffering membership levels to capacity.

Local Manager Northshore SES Nick Elliott said that the 22 new recruits had successfully made it through a new two stage selection process, specifically structured to minimise the number of members that dropped-out early in their SES career. “Our information night really focuses on the two essential elements of  what we expect of our members combined with what they can expect of us”.

Nick added “A new member dropping-out after only a few weeks, typically suggests that either we have not been clear in the story that we have ‘sold’, or alternatively the new member has not fully understood what will be required of them”.

The new process involves two stages over two weeks. The first week (Stage 1) is the information night, at which new members are briefed on SES life in general, and more specifically on life as a Northshore SES volunteer. “The Northshore unit has very clear and specific attendance requirements” said Local Manager Elliott, “and it is important for everyone that those requirements are clarified and understood before any application forms are filled in”.

The second week (Stage 2) takes the form of the face to face interviews, and only those that have considered and accepted the attendance requirements are invited to participate. At the end of the night, a review of all the Stage 2 applicants is carried out, and those deemed suitable for membership are offered a place.