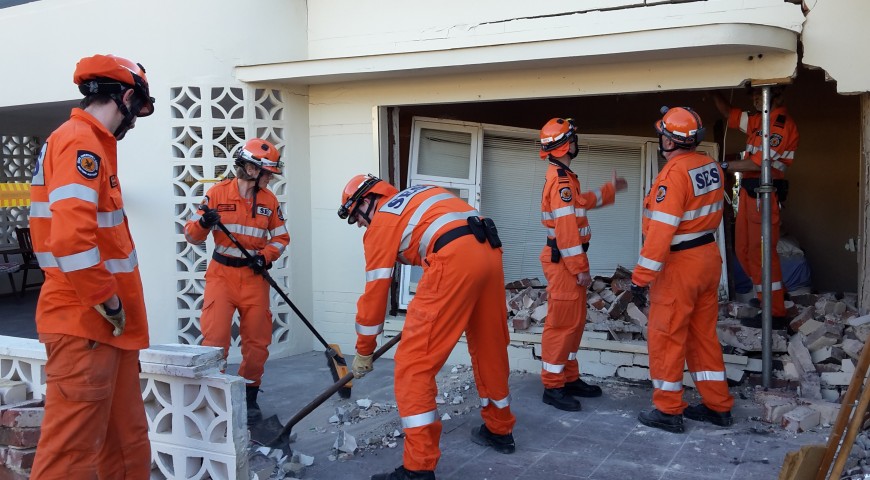 Rescue crews from Northshore SES responded quickly yesterday after a 48-year-old woman crashed her car into a home on Sunnyside Road in Floreat, while reversing from across the road.

The incident occurred just after 3pm, caused significant damage to a neighbouring property, and prompting a full emergency response from DFES, WA Police and St Johns.

Deputy Local Manager Northshore SES Hazel Darkin said “A crew of 7 volunteers from the Northshore SES unit responded to a call for assistance from the firefighters on scene. Acro Props were used to support the significant structural elements in order to make the area safe, prior to handing over to a building contractor who had been engaged by the homeowners”.

No specific reason for the crash has been proven to date, however the driver of the car was heard to be referring to a stuck accelerator.