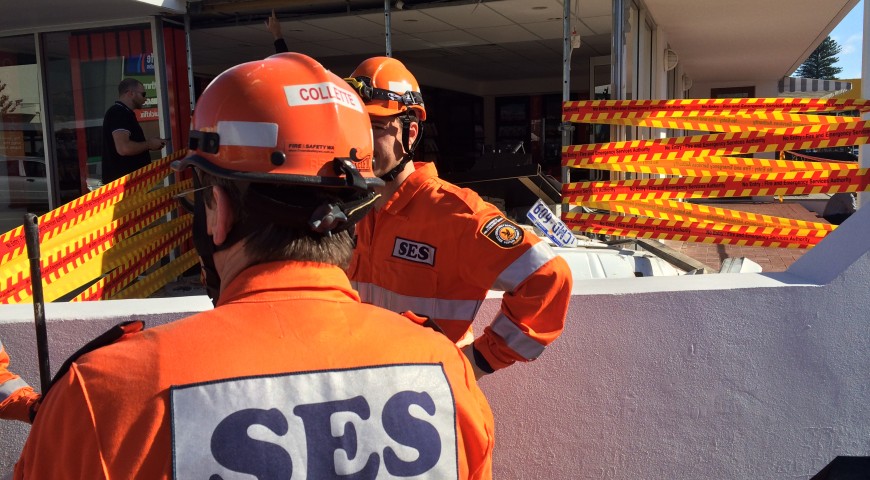 Rescue crews from Northshore SES were called into action yesterday morning after a 4WD careered into a travel agency in Cottesloe, injuring two people. 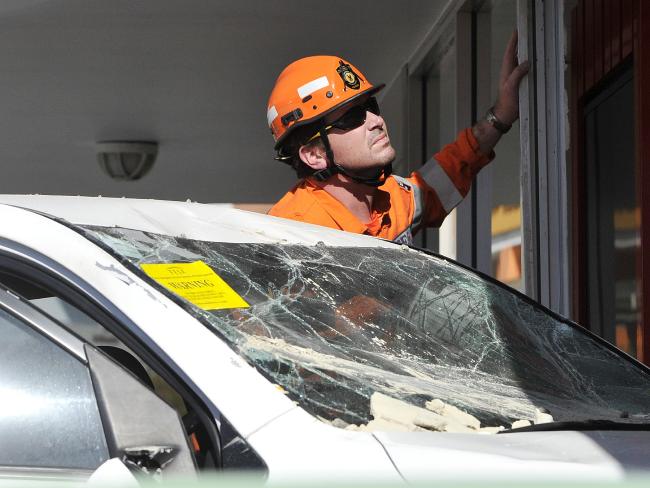 The driver of the 4WD, a man in his 8o’s, and a woman who worked at the Flight Centre store, aged in her 30’s, were both taken by ambulance to Sir Charles Gairdner Hospital after the driver’s foot apparently slipped on the accelerator. 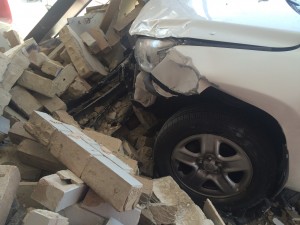 Local Manager Northshore SES Nick Elliott said “At approximately 1130hrs our Duty Officer received an RFA in relation to a Car V Structure in Cottesloe. Two response vehicles were deployed to the scene along with a team of 5.  SES crews then worked closely with Claremont FRS and WAPOL to facilitate the safe removal of the car from the shopfront, whilst minimising delays to traffic on the busy Stirling Highway.”

There was considerable media and bystander presence at the crash site. Nick added “With so many eyes watching our every move, and having multiple TV cameras trained on the crash scene, it was imperative that our crews planned & considered everything before acting. The team worked like a well-oiled machine, clearing up as best they could and making the area safe before handing over to builders to secure the tenancy.” 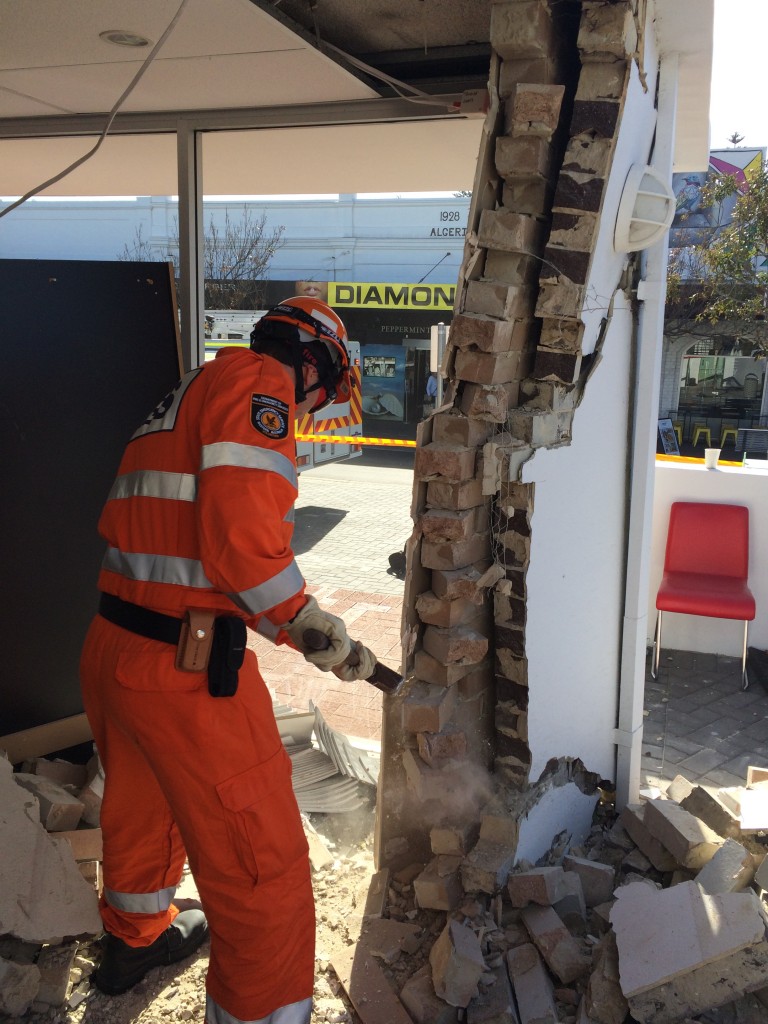 And the professionalism appeared to pay off, with multiple news agencies and television bulletins covering the story, ensuring that there was ‘plenty of orange’ around the televisions of Western Australia at dinner time! Another job well done! 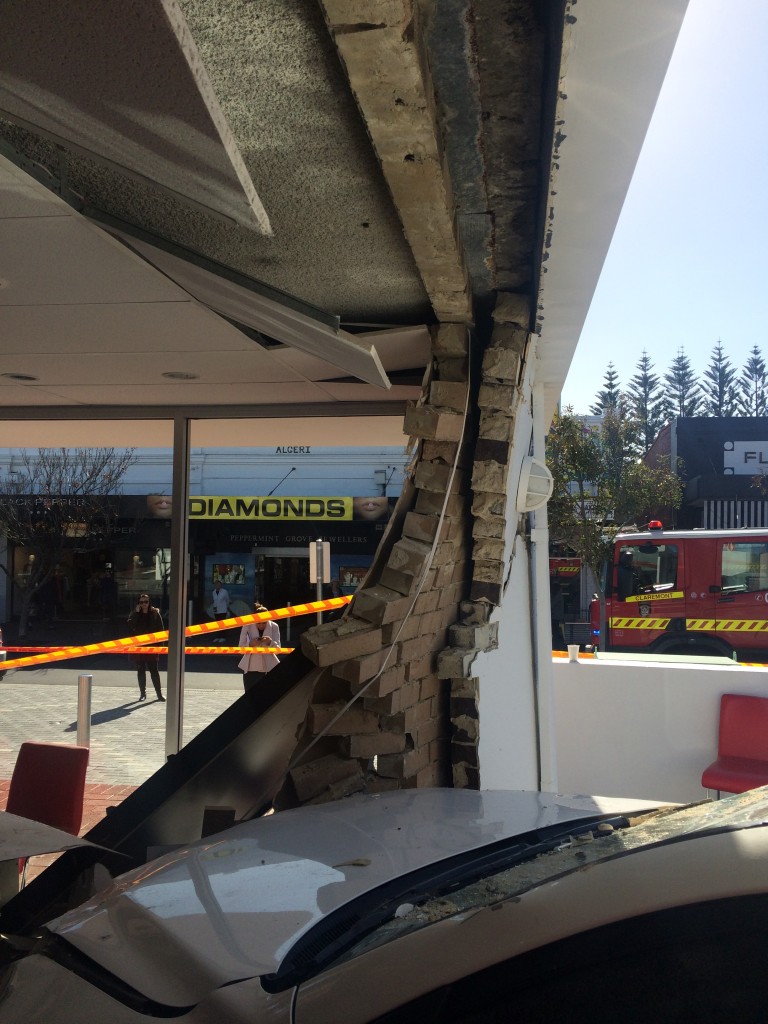