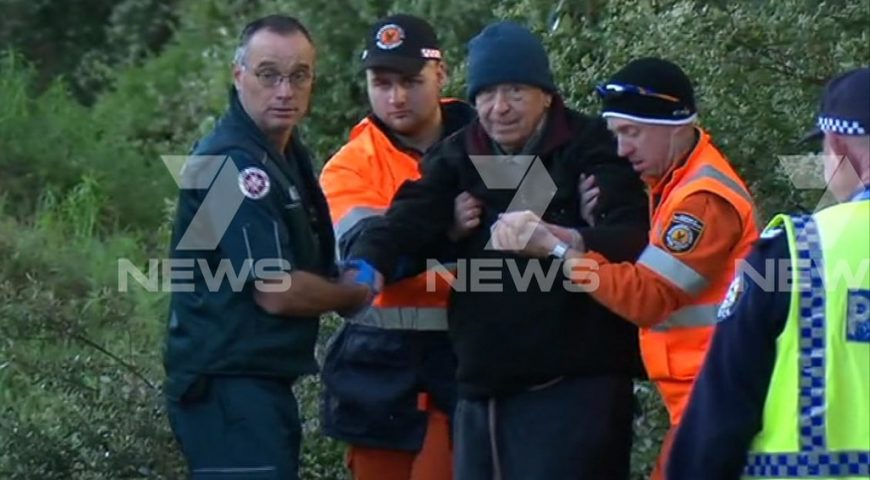 Volunteers from Northshore SES were thrust into the spotlight and certainly seemed to enjoy the attention after finding missing 81 year old Raymond Chapple alive and well in dense bushland almost 11 hours after he went missing from a Yanchep aged care facility.

BETHANIE chief executive Chris How said they were “delighted that Mr Chapple is safe and well. We’re very grateful to the Yanchep Police, SES, the community and Bethanie staff for their involvement in the search overnight.”

SES volunteers found Raymond, who had last been seen at Bethanie Beachside about 9.30pm the night before, in bushland about 7.50am today, when he responded to them calling out his name.

It is understood that Raymond crawled into the bushes to try to keep warm, after becoming lost. He spent the whole night out in the cold and wet, with temperatures dropping to between two and five degrees overnight.

Local Manager Northshore SES Nick Elliott said “Mr Chapple was located alive and well at 7.53am this morning on Yanchep Beach Road. After being checked over by Paramedics, Mr Chapple was transported to hospital by ambulance”

Nick said “It was a great team effort, involving police officers, the police air wing, the dog squad as well as the SES. Of course our volunteers are very proud to have actually found Raymond, and proud they should be.

It is understood that the 81 year old may be suffering from hypothermia, but the full extent of his condition is not known yet.